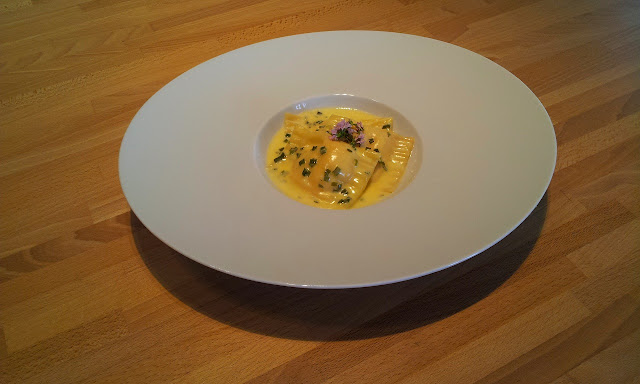 Need I say I love these... or any ravioli to be accurate!
There are a few ways to make them (another few posts!), but this way is the quickest and there is little waste.  The filling can be changed or adapted.  In fact, half the fun is to have a different filling every time! 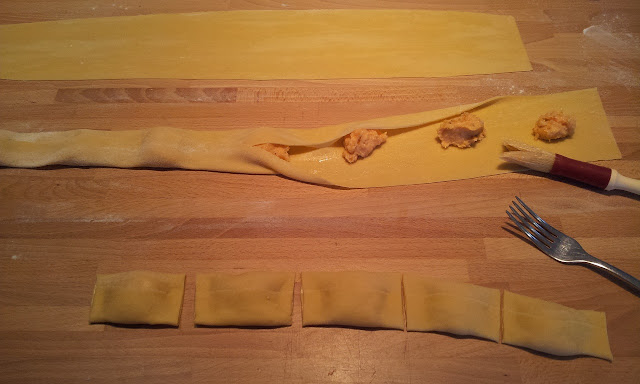 This makes 24 raviolis.  I serve about three for a small starter, but we managed the same again as there was seafood to follow!

200g (8slices) smoked salmon, whiz up in a blender and add 80g of  thick cream or ricotta cheese.  Add also one egg yolk (put aside the white for sealing the pasta).  Some pepper, but no salt as there is enough in smoked salmon.

Roll out the pasta and paint the egg white all over the strip.  Put the filling onto pasta (tip: spoon out the portions before so you have the right number and don't run out!).  Fold the top strip of pasta over, press around the filling and fold over the lower side.  As in the photo, press around and expel any air softly.  Shape them until you are happy and seal the ends with the fork.  Trim and put a fork impression on top so they don't burst (air inside is not good!!).  Place on a sheet of floured parchment paper so they don't stick.  I let them rest for an hour maximum as I don't like putting them in the fridge because they tend to get  too moist.  I choose a cool place and cover well with a clean tea towel. If you really have to chill them because of timings, use the vegetable section of the fridge and place kitchen paper over them loosely to help reduce moisture, but keep an eye on them and no more than a few hours as they will dry and will not taste the same.

To cook, just plunge into a large pan of boiling water and once they float, count to ten and transfer to the awaiting sauce in another shallow pan.  The sauce I used here was just reduced cream (crème fraîche) and a touch of butter with fresh chives.  Add the pasta water if the sauce is too thick as it should be light.  Dish up with your own added style and bon appétit! 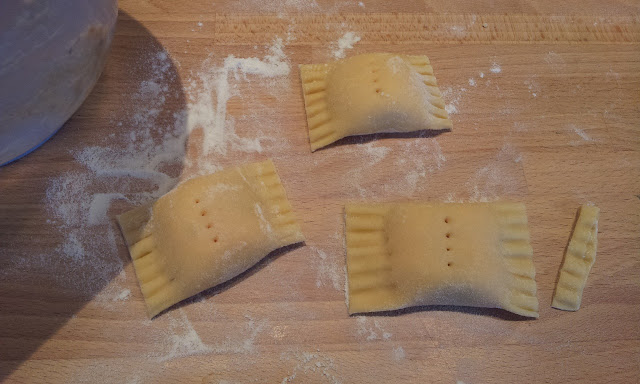 Posted by A Normandy kitchen at 21:15 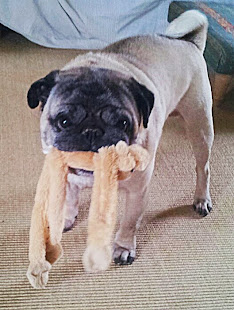 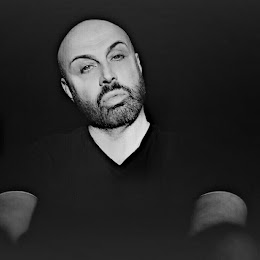